in the framework of the “Green Pharmacy” project

Safety and efficacy standards in the health sector are very precisely coded. Any new product must be validated by quality –controlled clinical studies of sufficient (“evidence-based medicine”) before it can be distributed. This also applies to products for self-medication and advice for self-care, if they are to be disseminated as an integral part of the health system and primary health care.

The first step of dissemination is scientific information. In addition to direct dissemination on the site where the research was conducted, the results of the studies are presented at one or more specialist conferences and published in a peer-reviewed journal. The publication is then indexed in international databases, which ensures its worldwide distribution.

Here is the distribution map, via citations by other research groups, of articles published by Antenna-medicines (non-exhaustive list ; blue dots indicate a cluster of research groups): 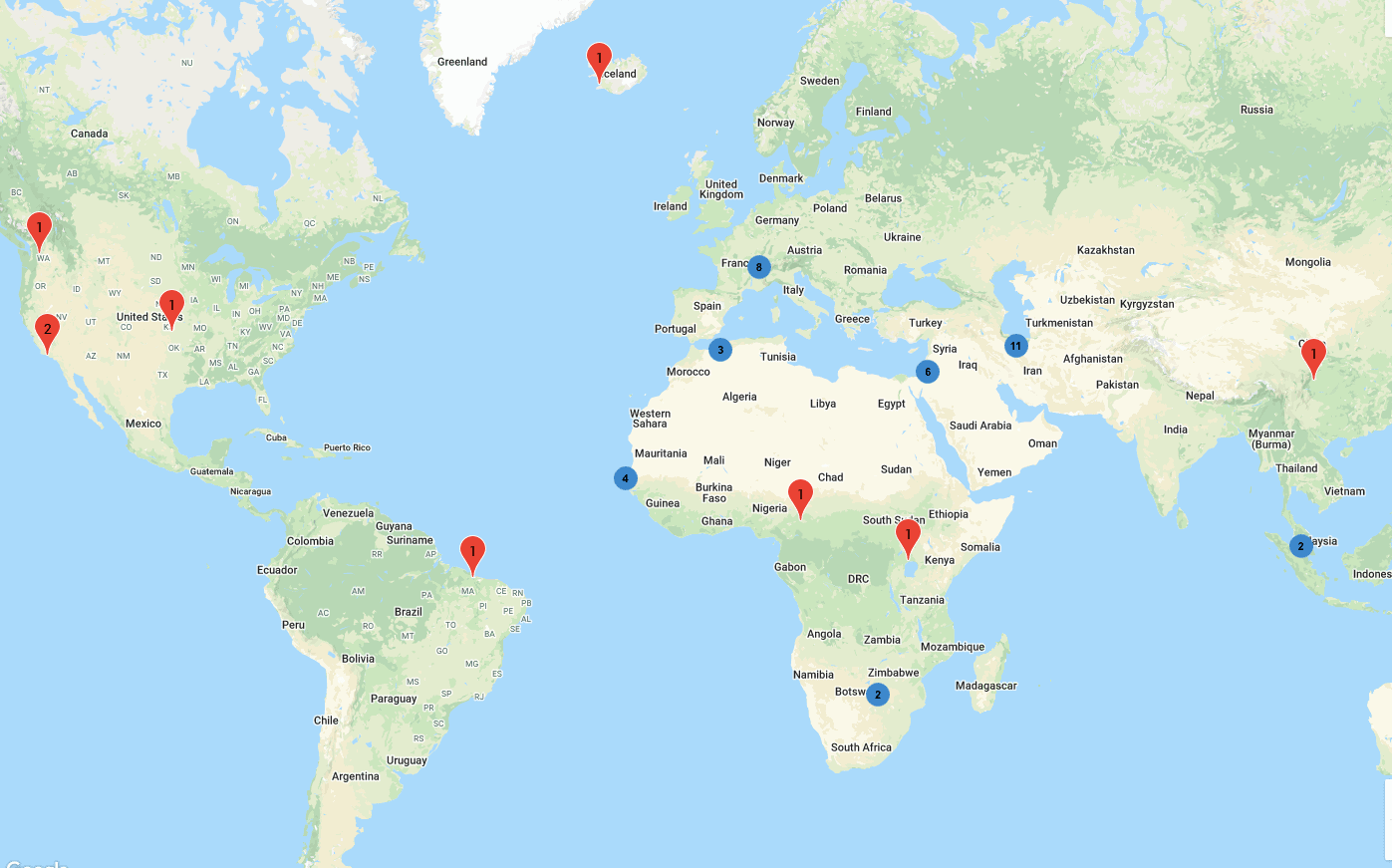 A “zoom” on the Middle East gives the following picture: 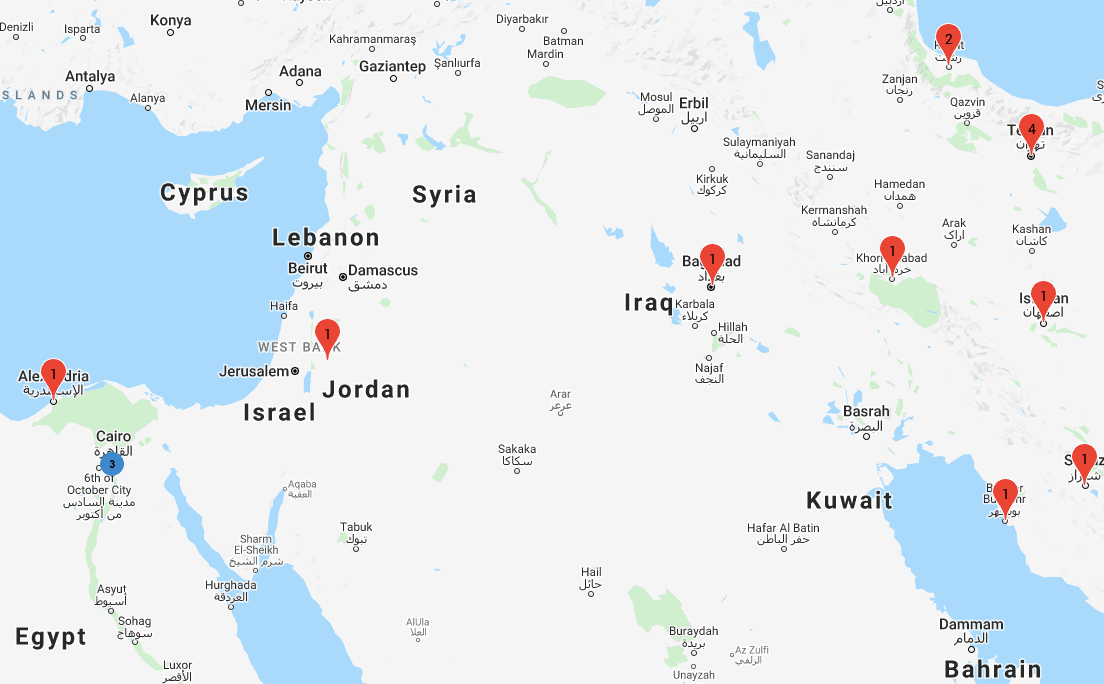 Once the solution has been scientifically validated and accepted by a consensus of experts (the “peer review” process), it can be disseminated in the field, i.e. implemented. The World Health Organization’s self-care scheme applies to the dissemination of the Green Pharmacy to deprived populations: 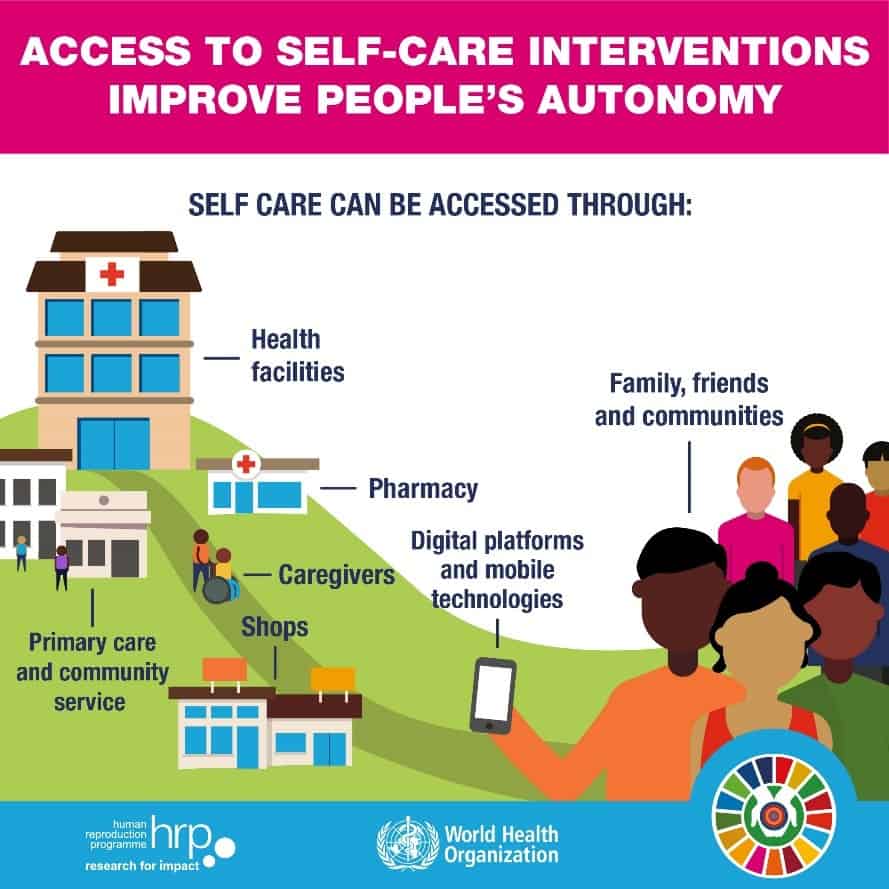 The diffusion of any innovation in the medical field – here the content of the Green Pharmacy – requires action at multiple levels. For an effective and sustainable diffusion, any innovation must be both

–taught to health professionals who recommend the innovation,

–accessible and used appropriately by the people concerned

Such actions at multiple levels can be represented as an “enabling environment” diagram. It is rarely possible to act simultaneously at all levels, but it is useful to keep various elements in mind when choosing a dissemination strategy: 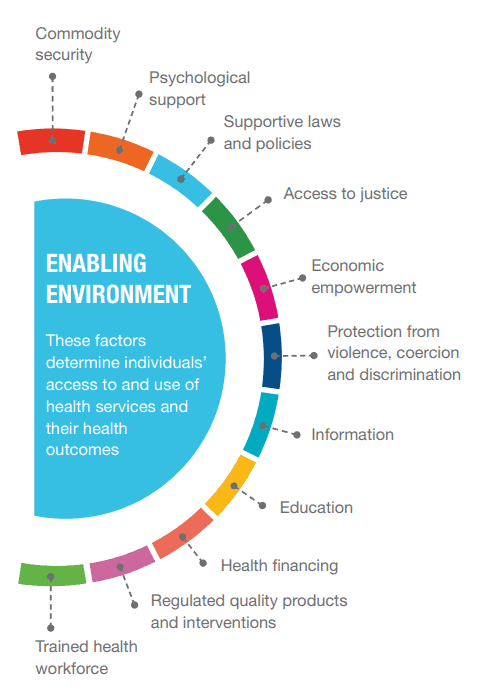 The design of a dissemination strategy involves finding the tipping points in any given environment where limited means have a high probability of leading to the desired change.

Here are some examples of these “tipping points” where the Antenna lever could be activated to spread the Green Pharmacy:

– Argemone mexicana for the treatment of malaria: added to the official list of “Improved Traditional Medicines” in Mali and presented in packets with an official label from the Department of Traditional Medicine in Bamako; following the restitution to the local population, the seeds of this plant are sold on the markets of the region.

– Sublingual sugar to treat severe hypoglycaemia: Integrated into international treatment guidelines (recommended by the World Health Organization through its “Pocket Book of Hospital Care For Children”)

– Treatment of hypertension with Karkade (based on Hibiscus sabdariffa): distributed by an NGO in refugee camps in Iraq. The same method of distribution by NGOs was used for combatting lice in the refugee camps in Samos, Greece.

– Improvement of diabetes control with “Delal-a-Kar”, a specific plant preparation from Palau in Micronesia: distributed to patients and reimbursed by health insurance.

– Green Pharmacy for a reasoned self-medication (with Natural-self-care.org, a digital tool): made available to ICRC delegates during the annual “pre-hosp” course; transmitted in Cameroon to hospital patients as part of a medical thesis which also evaluates potential improvements.