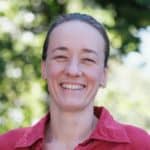 Of Polish-German origin, Anja has been living and working in Belgium, France and Switzerland for the past 20 years. She mainly worked for international NGOs active in areas such as human rights, sustainable development or social justice. She holds a Masters degree in international relations from the University of Kent in Canterbury, UK, and in languages & international politics from Université Grenoble-Alpes, in France. Anja manages Antenna’s communications since 2022. 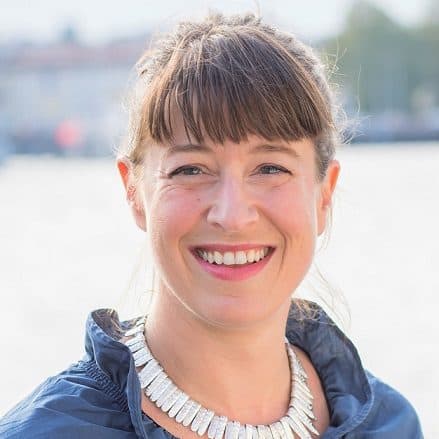 Anne-Laure Cavin is a Swiss pharmacist, with a PhD in phytochemistry by the University of Geneva. She worked two years at Addis Abeba University as an assistant professor, and then four years as a project coordinator for the NGO Increasing People Opportunities (IPO) in the rural area of Ankober District, Amhara region, Northern Ethiopia. She implemented and coordinated several projects in the health, agriculture and education sectors in partnership with government representatives, international and local NGOs. She has been a member of Antenna’s Medicines Unit since 2017. 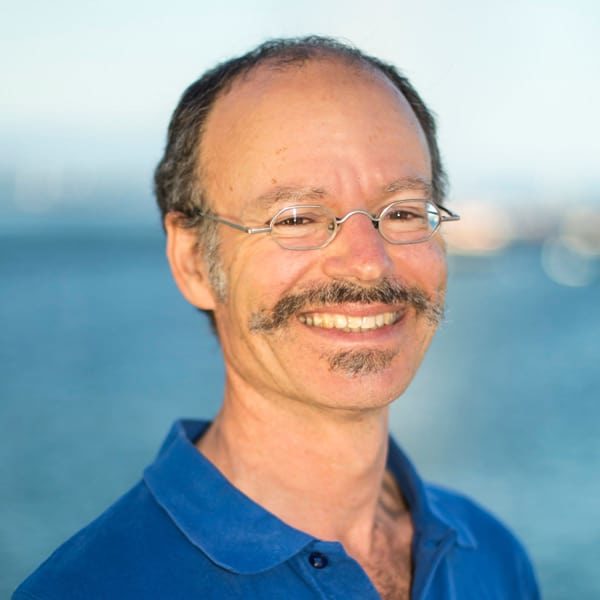 Dr Bertrand Graz, MD, MPH has a doctorate in medicine (with a thesis on traditional medicines for trachoma in the Sultanate of Oman), a master in public health/international health (John Hopkins University, Baltimore) and a certificate in tropical medicine (SwissTPH, Basel). He has practiced in public health and clinical medicine in Switzerland, India, China, Laos, Mauritania, Haiti, Guinea, Senegal and Mali. At Antenna Foundation, he studies whether certain locally available medicinal or food plants are effective and safe in the treatment of common diseases such as hypertension and diabetes (in cooperation with universities, clinics and research institutes in Geneva, Zurich, Saint-Louis and Glasgow). 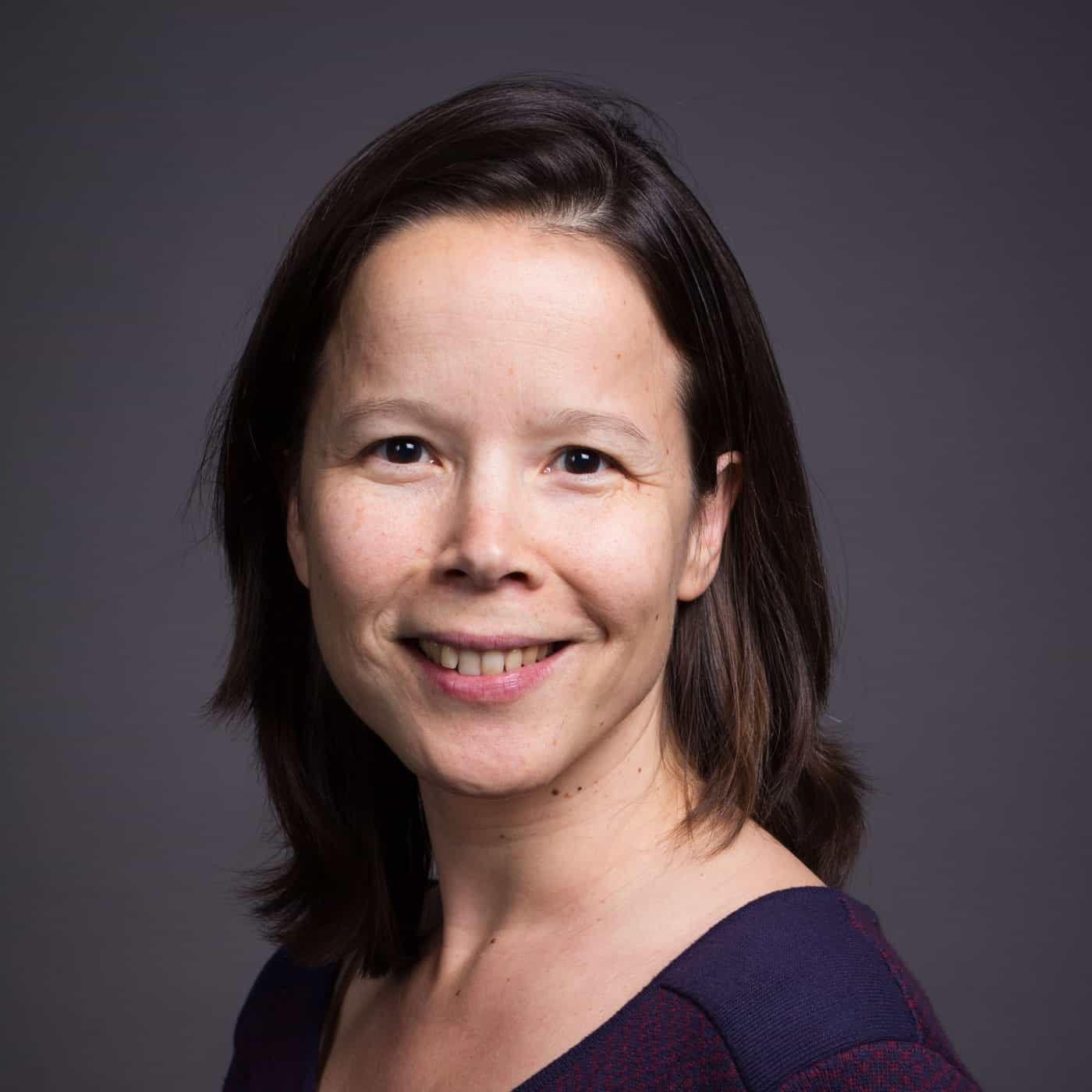 Candice Turquet joined Antenna in 2021 as Development Manager. Her role is to raise funds for field projects and to improve the Foundation’s reputation among the Swiss audience and potential donors. She holds a Master’s degree in Business Administration from IAE Paris (Institut d’administration des entreprises) and a Master’s degree in Political Science from Sciences-Po Bordeaux. After 7 years of experience as a key account manager in the packaging industry, she chose to focus on fundraising in the NGO sector and spent 6 years with Médecins Sans Frontières Switzerland as a philanthropy advisor. 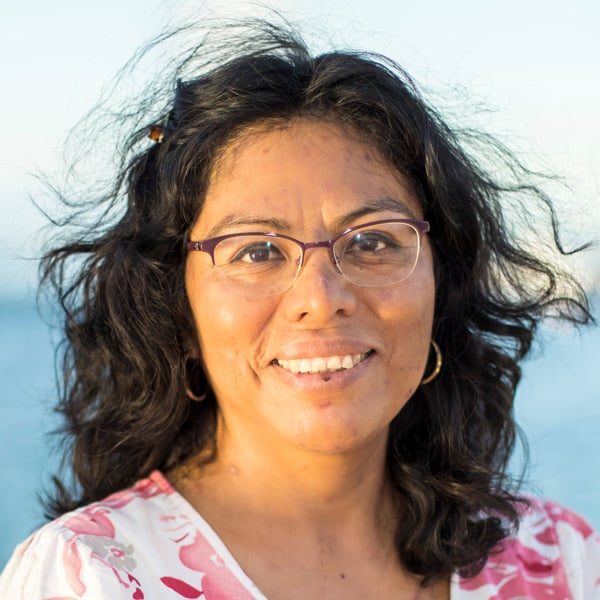 Dulce Probst holds a Bachelor’s degree in Accounting and Finance from the National Autonomous University of Mexico (UNAM). She has taken various further training courses in Switzerland, including on labour law, remuneration and social insurance.

Dulce worked for 8 years in the banking sector and in different companies. At Antenna she is responsible for administration and human resources.

Joël Jeanloz is heading Antenna’s Energy Unit. The Unit develops innovative projects around the topics of clean energy production and storage in collaboration with local energy companies. The projects aim to increase the productivity of farmers, improve health care and protect people and the environment. But also to implement the energy transition in developing countries while improving the living conditions of the poorest people.

Joël Jeanloz has been with Antenna Foundation since 2018 and lived and worked in different African countries such as Cameroon, Kenya, Mali or Ethiopia. Prior to joining Antenna, Joël Jeanloz founded his own energy start-up “African Solar Generation” (ASG) in Cameroon, which today is a partner of Antenna. ASG is currently employing 12 people in Cameroon and is steadily growing its operations to electrify underserved communities.

Joël holds a Master’s degree in International Relations and governance from the University of St. Gallen (HSG) with a specialisation in social entrepreneurship and energy transition. 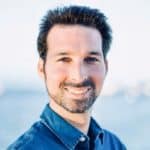 Julian created the AgroEcology Unit of the Antenna Foundation in 2018. He holds a Bachelor Degree in Law from the University of Fribourg and a Degree as an Engineer in Agronomy from the Higher School of Engineering of Geneva (HEPIA). Passionate about sustainability, social and climate justice, macroeconomics and geopolitics, he won a tender for a township planning project for the city of Lausanne, participated in the establishment of a successful domain in England, with a vegetarian/vegan restaurant associated with on-site organic agricultural production and other arts & crafts. He also worked for 5 years as an investment adviser and legal representative for a Family Office in the Lausanne area.

In partnership with local teaching and research institutes, the AgroEcology Unit has established agroecological farms serving as production, teaching and R&D sites in Cameroun, Burkina Faso, Mali and Middle Guinea, as well as agricultural pedagogic programmes for schools with the School Unit in Nepal and Burkina Faso. It also created a R&D partnership in agroecology with HEPIA, as well as a short movie on the essential fertile soil problematic, and participated in the establishment of the School for Sustainable Biodiversity, Food and Agriculture (“Ecole de la Biodiversité, Alimentation et Agriculture Durables“) at the Domaine de Longchamp in Paris, in partnership with Yann Arthus-Bertrand and his GoodPlanet Foundation. 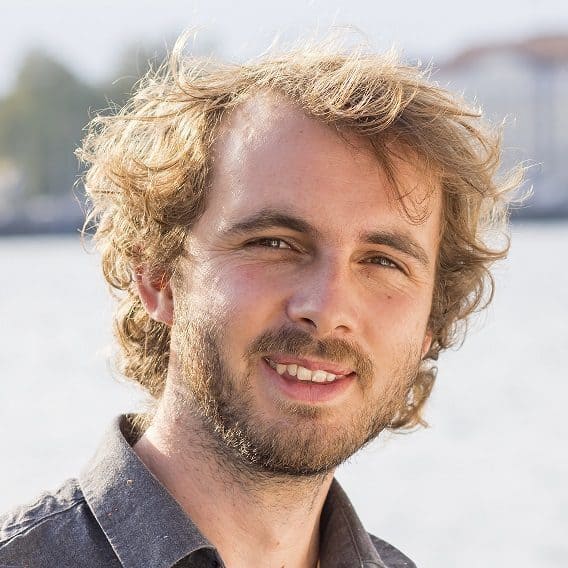 Kim Schneider works for Antenna’s Agroecology Unit as a project manager, technical consultant and unit co-manager. Kim holds a master’s degree in Agricultural Sciences from the Swiss Institute of Technology Zurich (ETH) with a focus on African agriculture, soil sciences and agroecology. During his studies, he did research on sustainable soil management in Madagascar, Ivory Coast, Burkina Faso and Kenya.

He joined Antenna in 2018, where he designed sustainable productive agroecosystems for different geographical and climatic regions of Africa. He followingly established partnerships with local organisations in sub-Saharan-Africa to create didactic agroecological farms based on the designed agroecosystems. These farms were created to test and improve the designs, as well as to promote agroecological practices to local farmers. In the past 3 years, he managed local teams in Mali, Burkina Faso, Cameroon and Guinea and traveled regularly to establish and follow the prosperity of the farms. He furthermore acted as technical consultant in agriculture for other units of the foundation.

Kevin Rodriguez holds a professional Maturité and a diploma in accounting from the Foundation for Adult Education in Geneva (IFAGE). With two years of experience in accounting, he works as an Administration and Finance Assistant at Antenna, with the ambition to obtain a Federal Certificate of Accountancy. 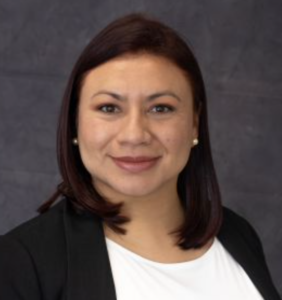 Luisa Narvaez, MD, MPH, holds a Master’s degree in Public Health from the University of Geneva, with a focus on health promotion. She practiced clinical medicine in Colombia, which led to her great interest in public and community health. The latter has allowed her to establish action plans for the prevention of depression and cognitive deterioration, and the risk of falls in the elderly.

Luisa has been part of the Antenna team since 2020. Among others, she is involved in research projects on diabetes control using scientifically validated spices and medicinal plants. But also on the use of complementary medicine in the prevention and home management of mild to moderate symptoms of Covid-19 based on the ‘Retrospective treatment outcome’ (RTO) method. In this context, Antenna has set up a population survey “RTO-COVID-19”, in cooperation with a dozen universities worldwide. 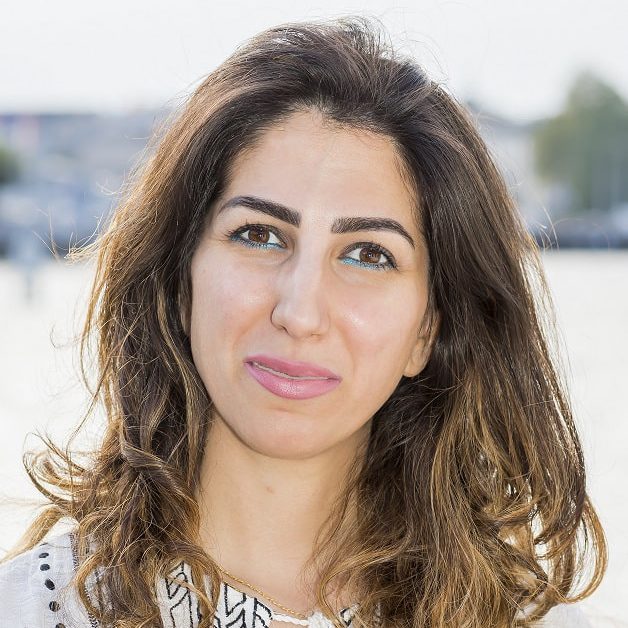 Marwah Al Anbaki, Pharmacist with a Master degree in public health from Roehampton University, London, joined the Medicines Unit in 2017. She has always tried to combine her interest for people’s needs to solve a variety of problems. With Antenna’s medicines team, she succeeded in cutting treatment costs for refugees in Jordan and Iraq by providing an affordable solution that reduces their expenses, which will have a tremendous economic impact. She also spearheaded a project in Iraq in 2019, to support internally displaced persons with uncontrolled hypertension to control their blood pressure. Moreover, she is among others doing research on diabetes, high blood pressure, Covid-19 and a crisis dialogue for people with mental health issues. 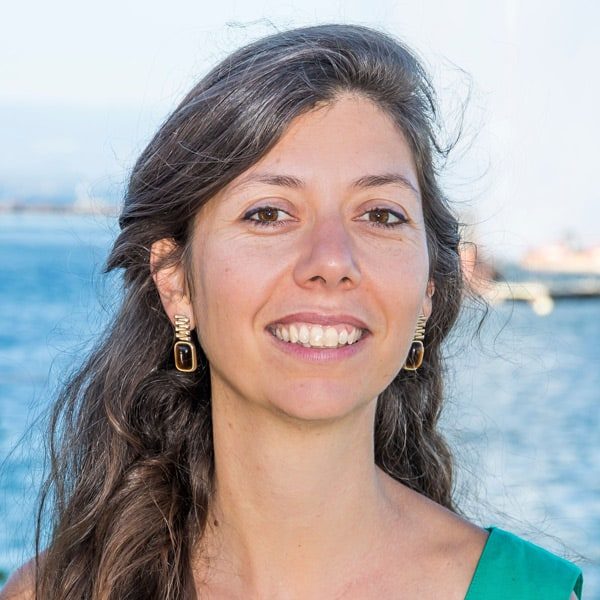 Mariana Veauvy is French-Brazilian, with a scientific background (Master in Marine Biotechnology at the University of Nantes, France, Bachelor in Biotechnology at the University of São Paulo, Brazil). After starting her career in microalgae, she worked in technology transfer for developing countries in the framework of French research, for the Institute of Research and Development (IRD), CIRAD and the Pasteur Institute. Mariana joined Antenna Foundation in 2016. Initially in charge of the New Technologies Unit, following pilot projects in India, Ghana, Morocco and Brazil, she also coordinated the Management Committee, ensuring the link with the Foundation Board. She currently heads the Water and Innovation Unit. 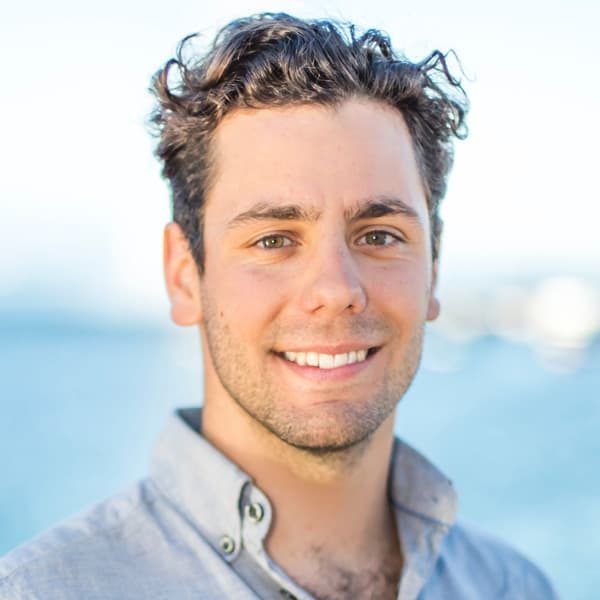 Olivier Starkenmann works for the Energy Unit of Antenna Foundation as a project manager and co-manager of the unit. Olivier holds a Master’s degree in Management and Economics from the University of Zurich (UZH) and various entrepreneurship experiences. He has a few specialisations in microfinance, entrepreneurship, and computer science subjects such as Data science, Big Data and Distributed Ledger Technologies.

During the past years he has undertaken day-to-day management of local teams in west and central Africa for social entrepreneurship projects of Antenna Foundation. Through this time of project management experience, he has built a strong network of local actors and field knowledge in rural areas of many regions of Mali. Olivier is one of the partners of a Mali-based social company Ecotech Mali (ETM). There he represents Antenna’s in the execution of its projects within ETM. Olivier oversees as well international partners’ cooperation and fundraising for ETM. 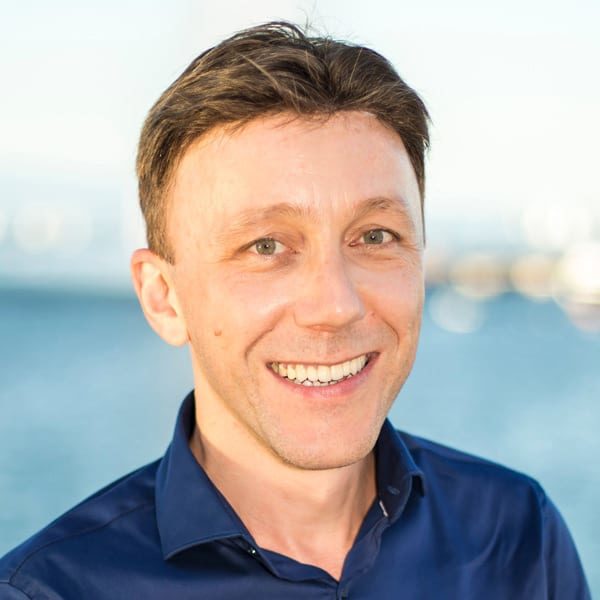 Fascinated by ultra-complicated things, like jazz, IT infrastructure or sustainable development projects, I am proud to be part of a multi-ethnic team that helps countries “forgotten” by Western society. 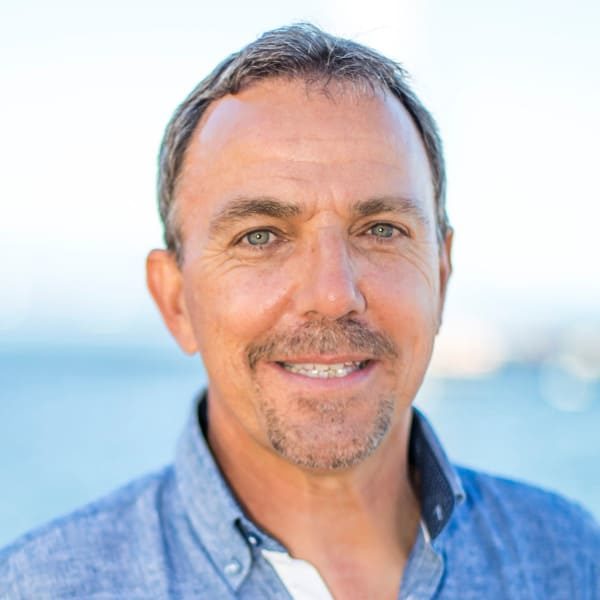 Pierre-Gilles works for the Water and Innovation Unit and is a Technical advisor for Antenna Foundation. He has been with Antenna for over 10 years and has held the positions of Head of Research and Development, Head of Africa Programmes for the Water & Hygiene Department, as well as Head of the Schools Unit.

After several years in chemical research laboratories and in large pharmaceutical companies, his involvement in development began in Cameroon, where he set up and managed a training center for women. He has been working for Antenna for more than 10 years now, holding the positions of head of research and development as well as head of different African programmes for the water & hygiene department.

Stepan Wyder is an assistant at the Administration & Finance department. He works in various areas such as accounting & finance, human resources and administration. Stepan is studying International Business Management at the HEG (Haute École de Gestion) in Geneva. He joined the team in 2020 to enrich his professional experience in the same field as his studies.